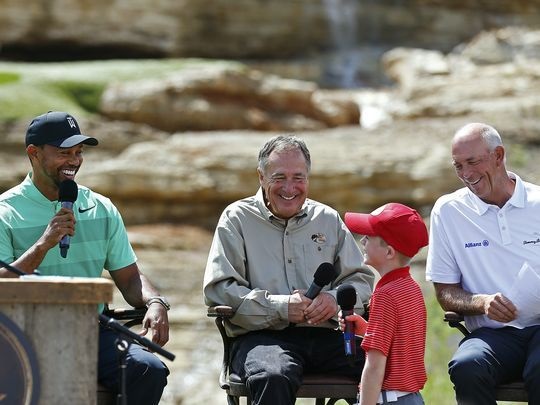 In 2001, Woods won the Masters Tournament and became the first player to win the four major tournaments, consecutively, of golf (PGA Championship, U.S Open, the Masters and the British Open).

Woods is known to routinely hit drivers of more than 300 yards making it no surprise that he has become so well-known in and outside of the golf community.

At the young age of 15, he became the youngest winner of the U.S. Junior Amateur Championship.

In 1994, Woods enrolled at Stanford University then won the collegiate title in 1996.

At the PGA events, in 1996, he was named PGA Tours Rookie of the Year, winning 2 titles.

From the age of 2, Tiger Woods has had a golf club in his hand and a trophy in the other since 15.

Anyone with this much professional experience and exposure to fame for legitimate skills has the potential to offer Branson’s golf community and Tri-Lakes area opportunities galore.